The 2021 UK Business Tech Awards will be presented at a gala dinner and awards ceremony in London on Wednesday 13 October at the Montcalm Marble Arch Hotel.

The event is a great opportunity to network and celebrate your achievements amongst your peers, friends and colleagues in the tech industry.

The awards begin with a complimentary drinks reception, followed by a three-course dinner, awards presentation and entertainment.

This event is ticketless. If you have received a confirmation email from your booking, simply turn up on the night and your name will be on the table plan with details of your seating arrangement.

The menu will be announced shortly.

Any dietary requests, food allergies or access requirements should be submitted during the booking process or alternatively sent to jessica@dontpanicprojects.com prior to the event. Requests received after this cannot be guaranteed.

Please note: tables are allocated on a first-come, first-serve basis. All payments are due in advance of the event to secure tickets.

Cancellations: We regret that refunds cannot be made if tickets are cancelled within 28 days of the event. 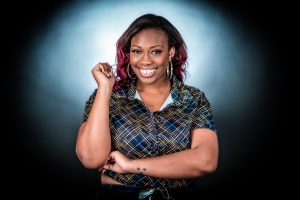 From South London, Barbadian citizen Sikisa has become one of the most exciting acts in the UK, having delighted crowds with her fearless and vivacious personality and immediate warmth and likability.

She won the public’s vote in the 2017 BBC New Comedy Award competition, for which she was a finalist. Since then, Sikisa’s TV appearances include Jonathan Ross’ Comedy Club (ITV), The Dog Ate My Homework (CBBC), Pie And A Pint (Comedy Central) and Period Dramas (BBC 3). Her radio and podcast credits include Lemonade and Wheel Of Misfortune (BBC Radio 1), The Leak and Mach Fest (BBC Radio Wales). She is also a regular writer on Newsjack (BBC Radio 4).

Sikisa was a part of the Soho Theatre Young Company and is a hot favourite on the UK comedy circuit, regularly performing and hosting at nights such as Angel Comedy Club, Top Secret Comedy Club and The Boat Show. She has also created and hosts two amazing female-based live shows, Girl Code which is a comedy chat show and Stand Up for Women which is an annual comedy show raising money for the charity Solace Women’s Aid.

Sitting grandly at the top of Park Lane, within close proximity to London's most exclusive addresses including Mayfair, Oxford and Regent Streets, Marylebone, Edgware Road and Hyde Park is The Montcalm London Marble Arch.

At The Montcalm London Marble Arch, the magnificent décor and the contemporary design of the lobby welcomes you to an experience to remember. The event will take place in The Grand Ballroom, one of London's luxury event spaces, bringing additional exclusivity and prestige to the awards.

A selection of photographs from the 2019 UK Business Tech Awards. You can view the full album here.

Rail: You can use National Rail to plan your journey.

Tube: You can use the TFL website to plan your journey.

Parking: You can use both NCP and Q-Park to find nearby carparks.